Six pilot zones (see the figure below), for cumulative 2600 Km2, have been selected to be representative of the diversity of Indian hydrogeology.

1) The AQDRT area, of about 500 Km2, forms part of Jaisalmer district, Rajasthan. It is the easternmost part of Thar desert. It is characterized by freshwater aquifers in the alluvium underlying the desert sand. The thickness of desert sand and alluvium varies from 60 to 100 m. The underlying sandstone/limestone holds thick potential aquifer. At places, the groundwater is brackish to saline. AQDRT represents a typical area in the Thar desert with a pile of dry sand, alluvium, sandstone and limestone resting over crystalline basement. The area is affected by groundwater salinity and falls in the critically exploited category.

3) The AQBHR has an area of 500 Km2 in the Lower Ganga subbasin. It presents aquifers in thick (~ 750 m) alluvium. Exploratory boreholes have revealed two major aquifers within 200 m depth separated by clay occurring in the depth range of 45 and 70 m. The shallow aquifer comprises fine to medium sand, while the deeper one is made up of medium to coarse grained sand with gravel at the base. The deeper aquifer is highly productive. The area presents a multi-aquifer system and a typical case of river-aquifer interaction. 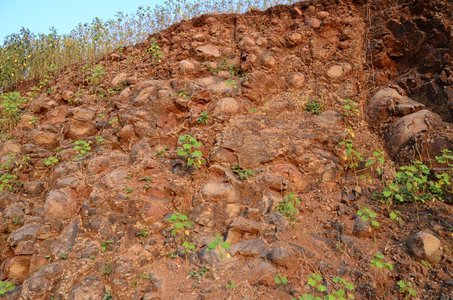 4) The AQMAH is a watershed with an area of 360 Km2. It encompasses parts of Kalmeswar and Saoner taluks of Nagpur district. Major part of the area is occupied by Deccan Trap basalts. Groundwater occurs in the pore spaces in vesicular basalt unit of each flow and in the joints and fractures in the massive basalt. The secondary porosity developed on account of weathering, fracturing and joints plays a very important role in storage and movement of groundwater and formation of good aquifers. Objective of the pilot study is to verify the possibility to delineate the aquifers in the basalt.

5) The pilot study area AQKAR falls in the western part of Tumkur district. It is almost 400 Km2 large. Aquifers in weathered zones and fractures underlying the weathered zone characterize this area. The average annual rainfall varies from 669.2 to 680.7 mm. The drainage is dendritic with flow from south to north. The southern boundary of the area is formed by the surface water divide between Cauvery and Krishna basins. The topography is undulating with gentle to moderate slope towards north. The general ground elevation towards southern part of the area is 850 m amsl, while the lowest in northern part is 720 m amsl. The area is occupied by schistose rock towards NW and SE and granite gneissic rock towards north and south. An exploratory drilling up to 500 m depth in parts of Kolar district, towards east of Bangalore, has established the presence of deep seated saturated fractures up to a depth of 389 m. These fractures hold fluoride free water. In this area, fractures within 100 m depth are low yielding and the high yielding zones are in the depth range of 200 to 300 m. Possible occurrences of such potential deeper aquifers will be investigated during the geophysical survey. 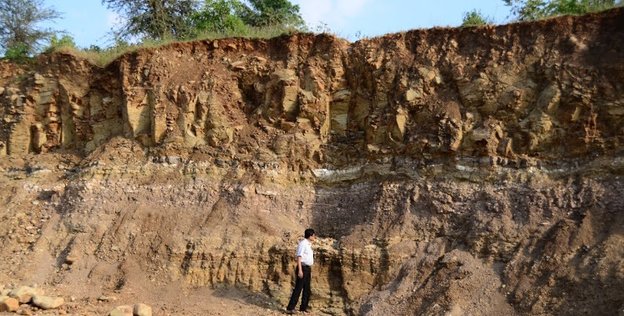 6) The AQTND is a 200 Km2 area in a costal environment. In this area of Tamil Nandu district there are several ephemeral rivers. The area represents alluvium underlain by thick coastal sediments of Tertiary and Cretaceous age resting over the crystalline basement. Freshwater aquifers are present in the semi-consolidated Cuddalore sandstones and the overlying alluvium. The area falls in semi-critical category and is affected by coastal salinity.